In 1919, first so called nature protection conservators were appointed. They were professionally educated citizens, usually biology teachers (from primary schools to universities) who volunteered to focus on nature conservation, further education of both students and general public, and selection of regions suitable for legal protection. Rudolf Maximovič became a leading figure in the institutional nature protection. He began systematically manage conservators under the auspice of Ministry of Education and National Enlightenment. Thanks to him, drafts of first Nature Conservation Act were processed. In the period 1922-1938 a total of five drafts about Nature Conservation Act were submitted to the Czech Parliament. The drafts also included establishment of so called strict (i.e. non-intervention) reserves especially in the virgin forests. Neither draft was accepted. Rudolf Maximovič himself stressed the importance of virgin forest reserves as a national heritage. Despite the failure of negotiations in the Parliament he succeeded in preparing at least a “New Year’s Eve regulation” that was issued by Ministry of Education and National Enlightenment on 31 December 1933. It was the first official list of natural monuments where their value for education as well as significance for the country was emphasized and their visit was recommended. Virgin forests and significant geological formations dominated the list.

World War II interrupted all efforts to create legal environment for nature conservation. The war period when all universities were closed was used by phytocoenologist ass. professor Alois Zlatník, teacher at the Faculty of Forestry, University of Agriculture in Brno, to explore remnants of natural forests and to propose a complex network of forest reserves in Moravia and Silesia, including the representative samples of all forest types and forest vegetation zones. Despite the written record of this proposal, the network was never completed after war.

In the period after communist coup in February 1948, all activities in nature conservation were completely politicized and enforced only in some cases as a presentation tool of communist power. 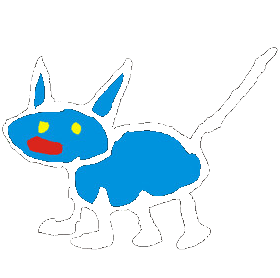